The shortage of houses on the market remains a huge hurdle for those who are interested in trading up or looking to take their first step into being homeowners.

With a limited number of property listings in demand, sellers have very little reason to reduce their asking price. From December through February, less than four months’ supply of existing houses were on the market, compared with a post-recession high of about 12 months’ worth in mid-2010, according to the National Association of Realtors. Yes, sellers can take their homes off the market during the winter, but such a small supply over a similar time frame has never been recorded in about two decades of data. 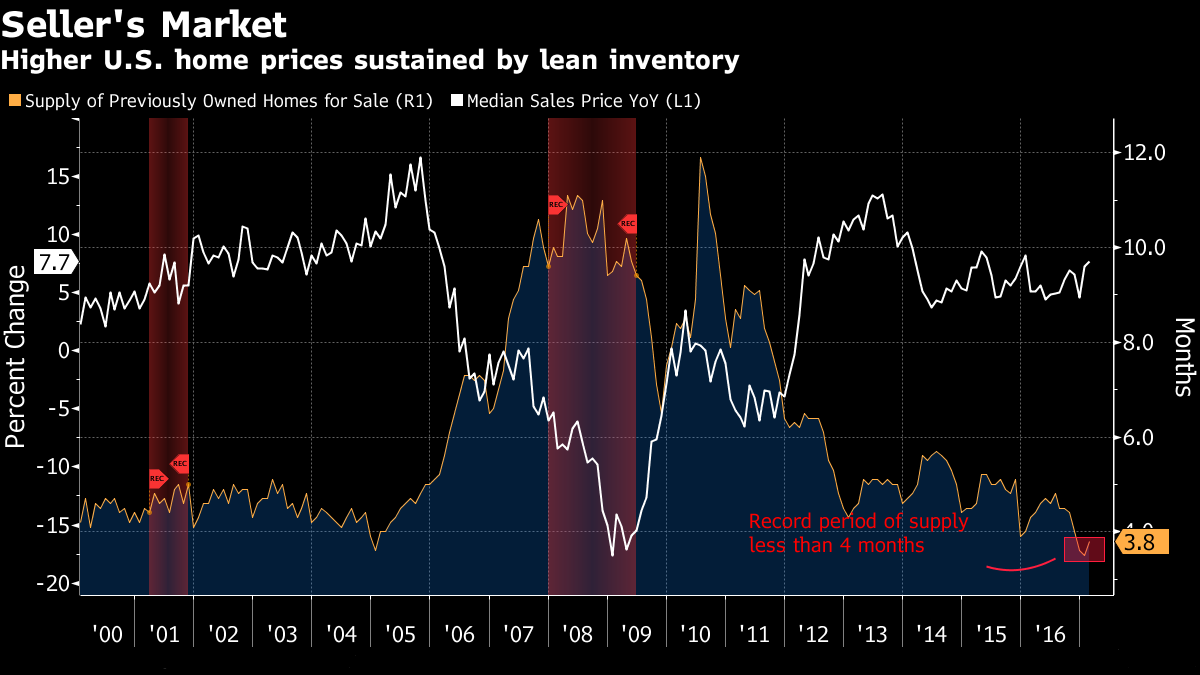 The pace of income growth is lagging behind property values. Combined with higher asking prices, affordability constraints mean rental demand will remain robust, allowing investors to maintain a solid foundation in the market.

Higher borrowing costs aren’t helping either. The average nationwide 30-year fixed-rate mortgage stood at 4.23%. That means the monthly payment for each $100,000 borrowed would cost almost $50 more than it did, when the rate was 3.42%. 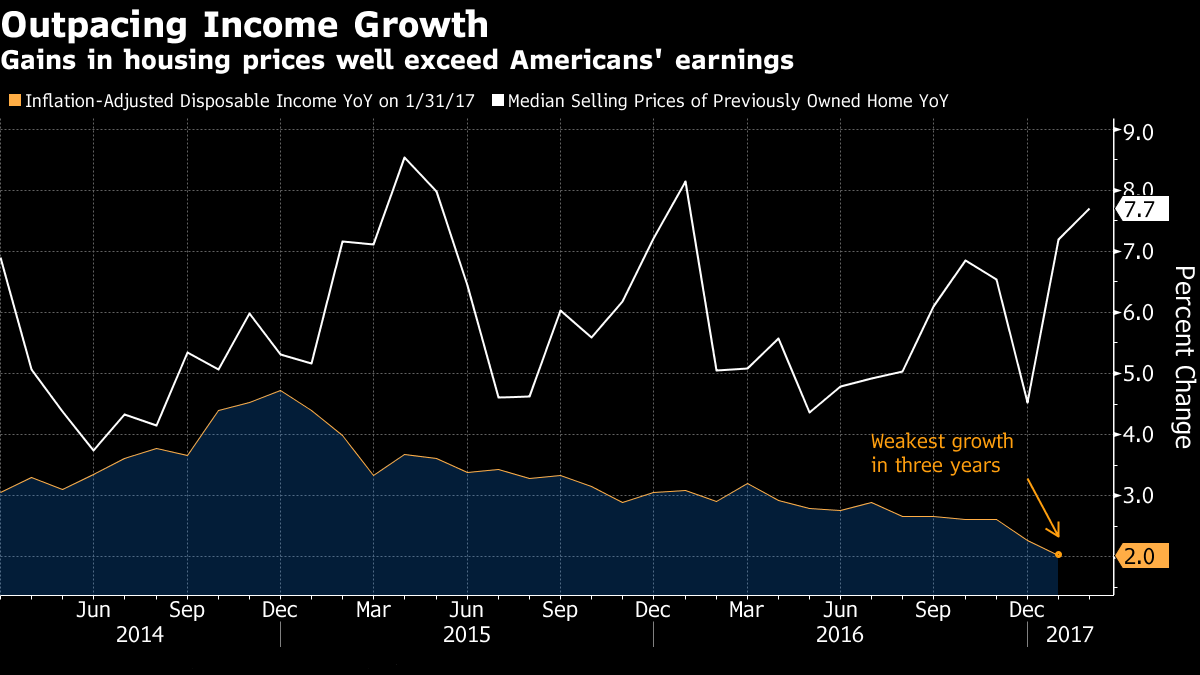 Home-builders could fill the inventory void by starting work on more properties and giving trade-up buyers more options that would help alleviate the shortage of previously owned properties. While single-family homes may be the strongest since 2007 and the number of new homes for sale the highest in almost eight years, they are well off a decade ago. 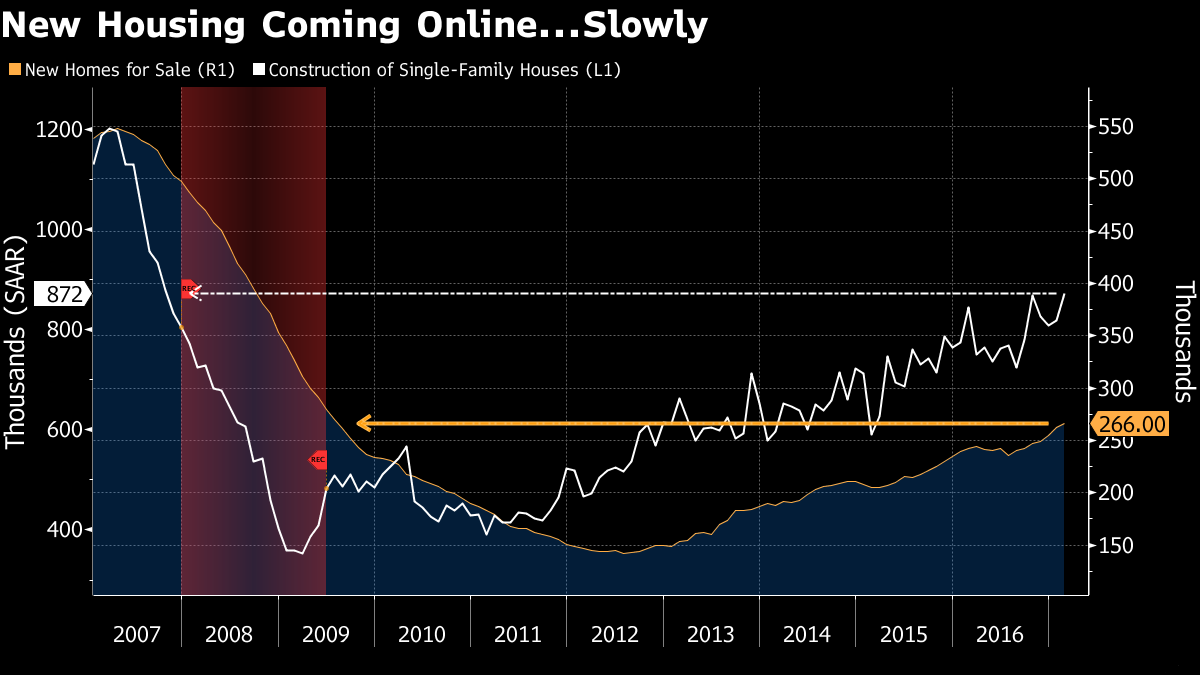 Demand is certainly in place. A University of Michigan survey showed 80 percent of respondents in the first quarter thought that now was a good time to buy a house, a larger share than in 2005 at the height of the last housing boom. At the same time, 66 percent believe now is a good time to sell. While that’s more respondents than last year and reflects higher prices, it’s below the 72 percent share recorded in 2005. 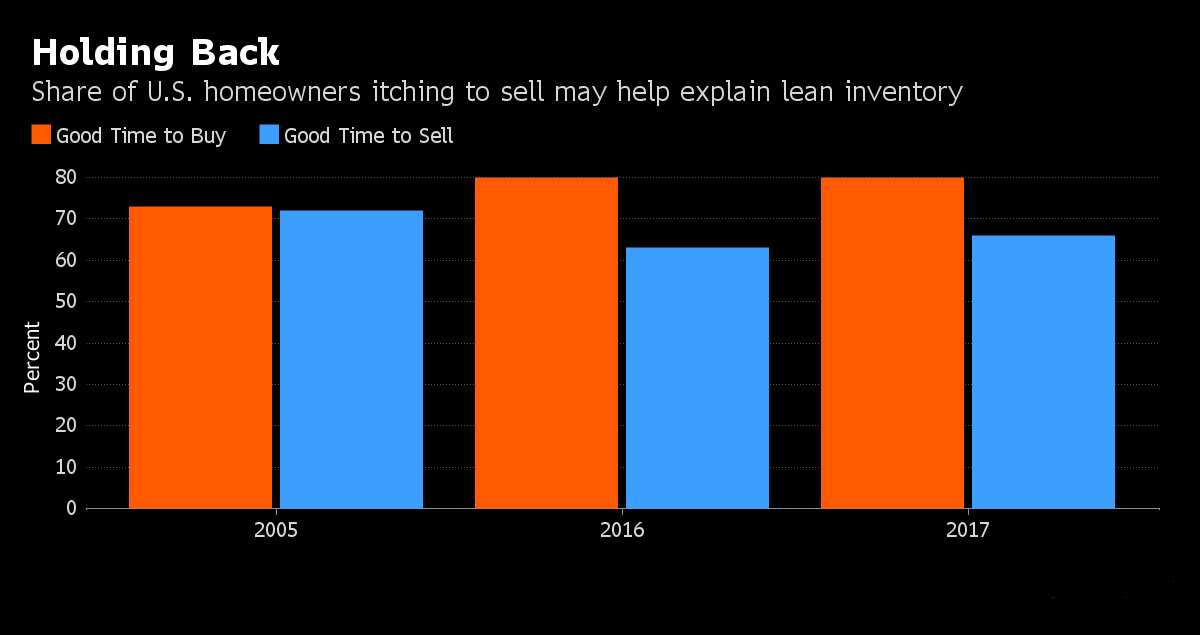 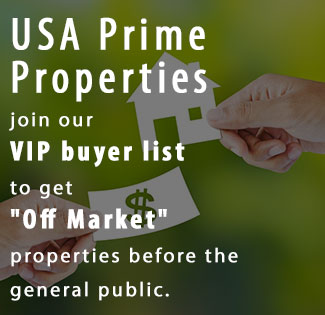 I received excellent service, communication and professionalism from Terry Brown.  He handled the sale of my home quickly and headache free.  He also returned all phone calls and emails promptly.  What I thought was going to be a daunting process was pleasant and easy.  Everything went smooth from the listing to the closing.  The process took less than a month. I would definitely use him and USA Prime Properties again and recommend him to others.

I called USA Prime Properties and found Terry extremely helpful with answering all of my questions. Closing went smoothly and Terry even called me 2 weeks after to see how I was doing.

I have purchased many investment houses in Memphis, TN and found Terry at USA Prime Properties at the top of my list of firms to use. His communication skills are the best.